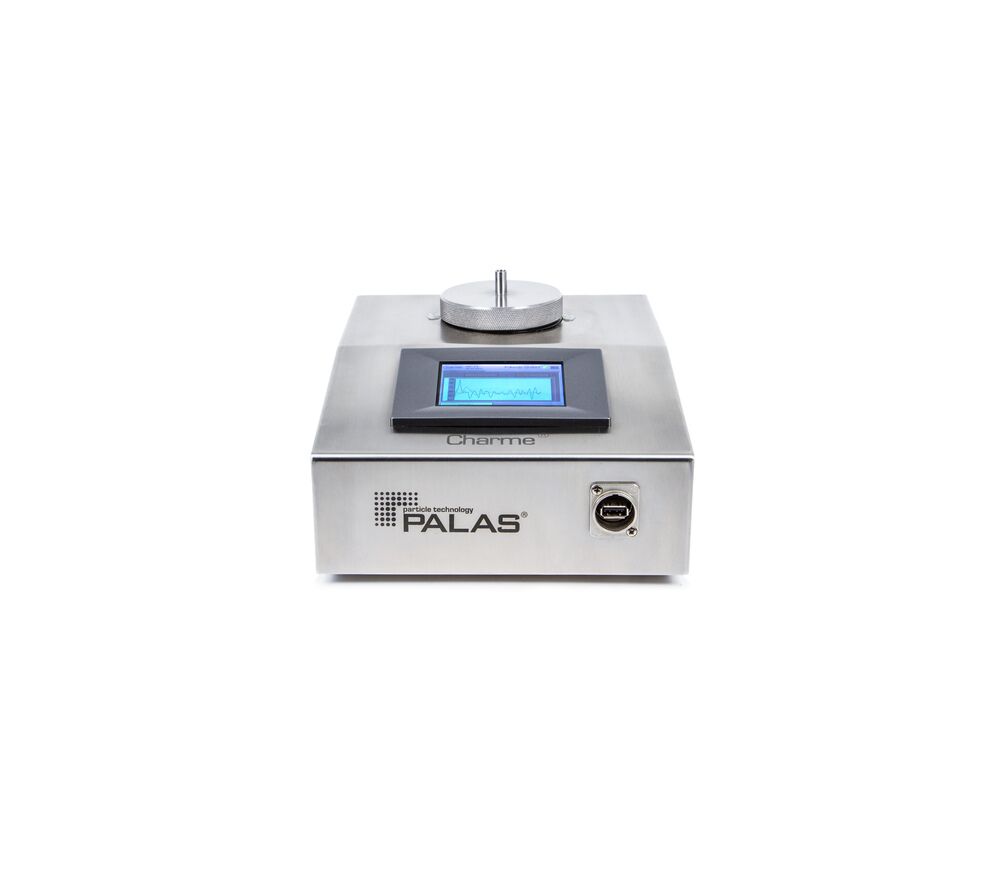 For years, aerosol electrometers have been used in research applications to measure the mean charge of an aerosol. If the charge state of the particles for monodisperse aerosols is known, then these devices are able to quickly and easily determine the number concentration of particles with an approx. size ≥ 2 nm.

An on-site correlation between the measured current (particle charges) and the mass concentration is able be determined by means of a gravimetric filter, which can be switched out by the user. As a result, the Palas® Charme® aerosol electrometer is particularly well suited for the verification of high particle loads in the environment and in the workplace, as well as for the calibration of condensation particle counters (CPCs).

The Charme® achieved excellent measurement results in a comparison with established electrometers at the Federal Office for Metrology (METAS) in Switzerland.

Figure 2 presents the principle of operation of the Charme® aerosol electrometer. A removable gravimetric and electro-conductive filter is installed in a Faraday cage and the electrically charged particles are collected on the filter. The charges carried by the particles are discharged through very high resistance. The drop in voltage through this resistance is a measure of the discharging current.

Fig. 2: Principle of operation of the Charme® aerosol electrometer

Due to intrinsic electronic noise, a certain minimum concentration of charges (particles) must always exist for a meaningful measurement with an aerosol electrometer.

As a result, an aerosol electrometer is not suitable for measurements at low concentrations, for example, in operating rooms.

The Charme® aerosol electrometer is operated using an intuitive graphical user interface with touch screen. The measured values, i.e. electrometer current and particle concentration, are graphically displayed during measurement (see example in Figure 3). Several interfaces ensure and enable the easy export and further use of the obtained data.

To enquire about the Charme® Charme® system and the options available contact us now.

Stay up to date with Filter Integrity Ltd

Find out more or adjust your settings.

This website uses cookies so that we can provide you with the best user experience possible. Cookie information is stored in your browser and performs functions such as recognising you when you return to our website and helping our team to understand which sections of the website you find most interesting and useful.

Strictly Necessary Cookie should be enabled at all times so that we can save your preferences for cookie settings.

If you disable this cookie, we will not be able to save your preferences. This means that every time you visit this website you will need to enable or disable cookies again.